The 2015-2020 U.S. Dietary Guidelines for Americans indicate that moderate alcohol consumption can be incorporated into the calorie limits of most healthy eating patterns. Knowing what the Guidelines state will assist with responsible consumption of alcohol, as well as understanding the differences in alcohol content of beer, wine and spirits.

The Dietary Guidelines, and the process by which they are written and shaped, is important to brewers and beer importers because of implications on consumer behavior in the marketplace, as well as regulatory and tax policy.

Click here to read the Beer Institute’s press release issued on the release of the 2015-2020 U.S. Dietary Guidelines for Americans.

Click here or on the image below to download an info-graphic on alcohol consumption adapted from the 2015-2020 U.S. Dietary Guidelines. 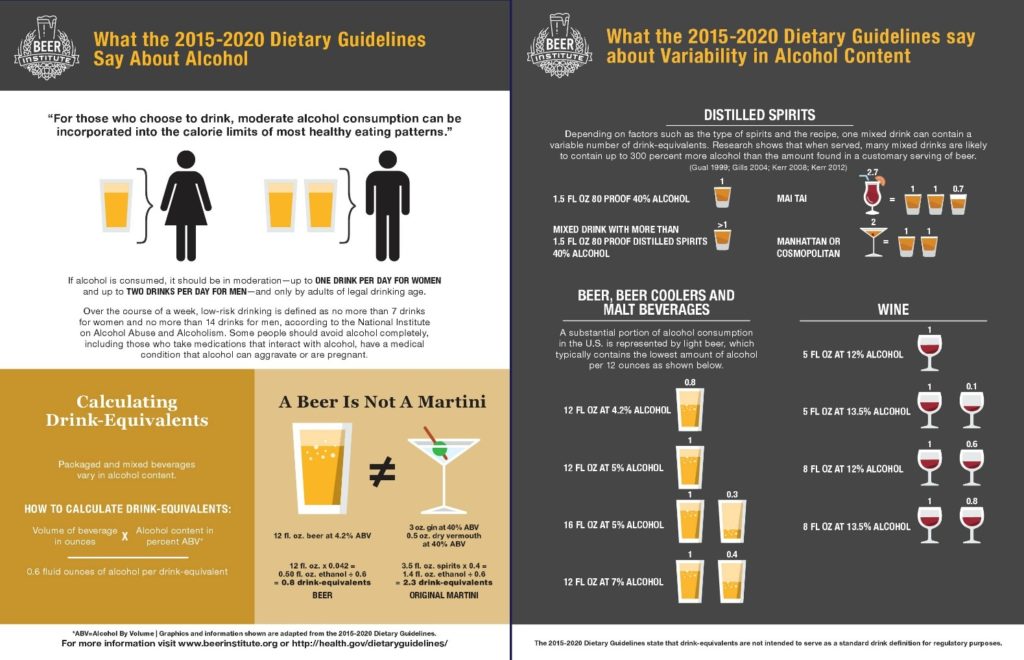 Equalization: Not All Alcohol is the Same