WASHINGTON – With National Beer Day approaching on April 7, the Beer Institute released survey results of the actor or actress, athlete, and musician Americans said they would most want to join for a beer. The findings: Americans would most like to share a beer with actor and former professional wrestler Dwayne “The Rock” Johnson, four-time Super Bowl MVP Tom Brady, and 11-time Grammy award winner Lady Gaga.

“As Americans come together during this difficult time, beer offers us a little bit of joy as we join—often digitally–with friends and family to share stories and lift each other’s spirits,” said  Jim McGreevy, President and CEO of the Beer Institute. “Whether at the theater, on the football field, or at a concert, The Rock, Tom Brady, and Lady Gaga have long brought people together. We look forward to joining our friends and loved ones in-person again to enjoy cinema, sporting events and concerts together when the COVID-19 pandemic ends. We also raise a glass to celebrate the medical professionals, first responders, manufacturers, service workers and retailers, including those in the beer industry, who are providing for our nation through this national emergency.”

April 7 marks National Beer Day, which commemorates the enactment of legislation signed by President Franklin Roosevelt in 1933 legalizing beer before other alcohol beverages were made legal by the ratification of the 21st Amendment, which ended Prohibition. On National Beer Day, we celebrate the many ways that beer belongs in our history, culture, society and the people we admire and would like to get to know better.

Quadrant Strategies conducted the survey on behalf of the Beer Institute from March 16th, 2020 to March 17th, 2020 among 1,000 Americans age 21 and older. Respondents were demographically representative of the country based on the latest Census data. Participants were randomly selected from an online panel and recruited using a number of online recruitment mechanisms, primarily over email.

In a similar survey conducted in 2019, Betty White was the top choice.

To view a social media graphic of the results, click here. 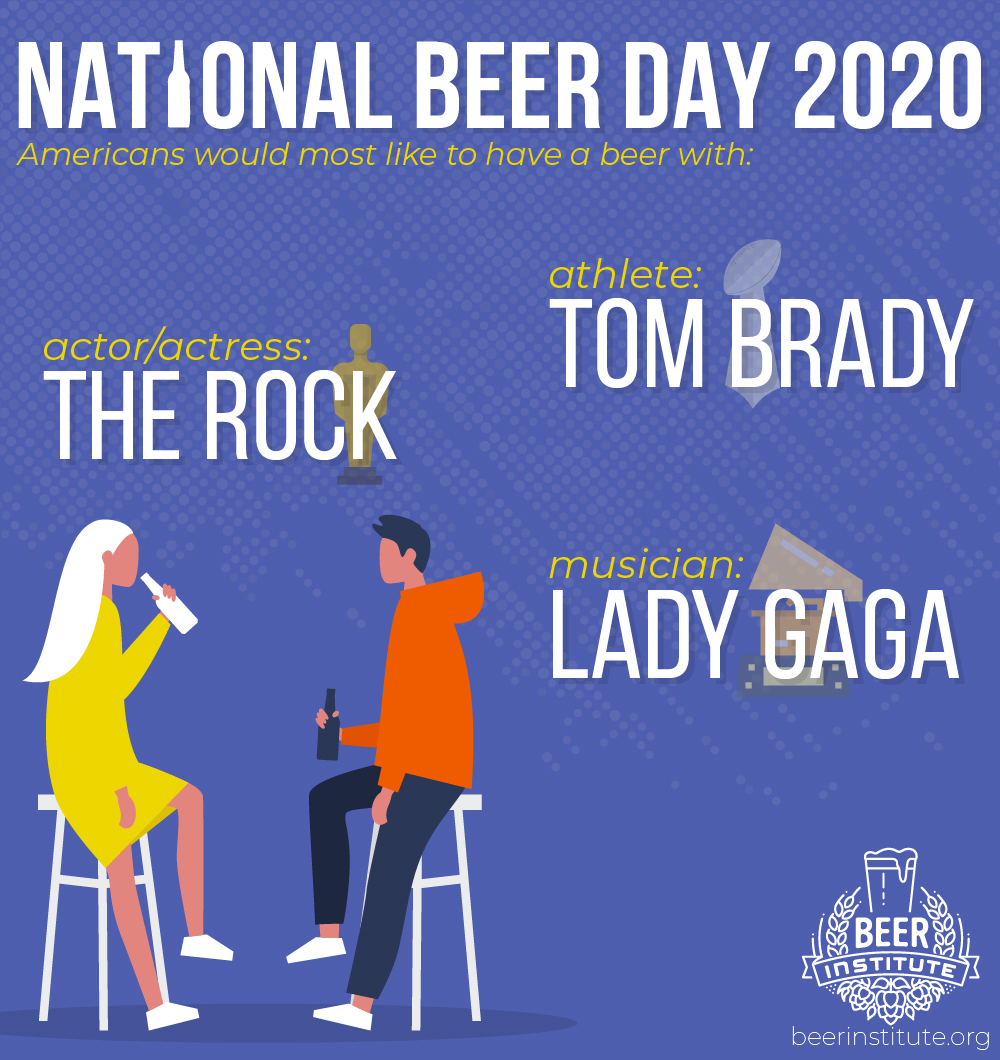